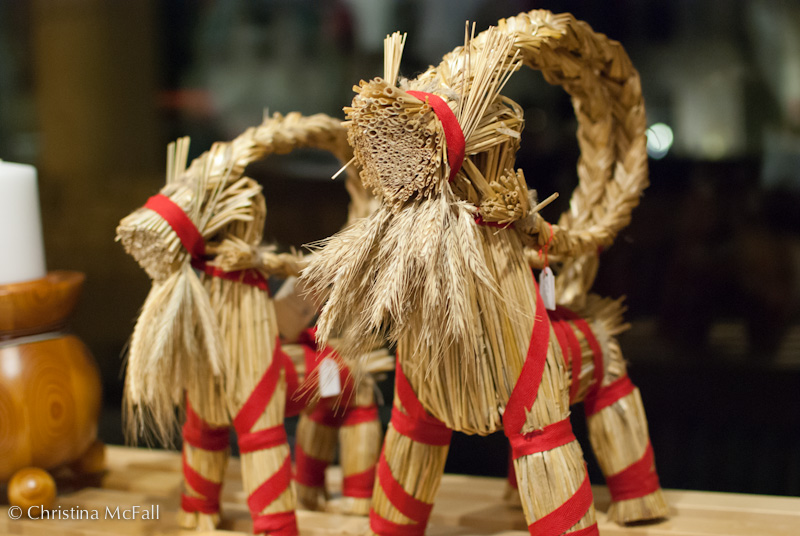 I saw these straw goats at the Swedish & Norwegian Christmas market a couple weeks ago. I’m a big fan of traditional strawwork and I absolutely adore these goats. They are another popular yuletide motif here, even though they are very scandinavian. Straw yule goats are apparently a very old traditional, and you can read more about them at Yule Goat on wikipedia.

I also discovered, that the town of Gavle, Sweden, constructs a massive yule goat every year. The famous goat of Gavle has his own blog (written in first person) and a live webcam feed. Sadly, a giant goat made of straw is too tempting a target and often gets burned down before christmas… this year vandals burned him down on Dec 13th. But he’ll be back next year! Yule Goat in Gavle, Sweden (by Tony Nordin on Wikipedia)